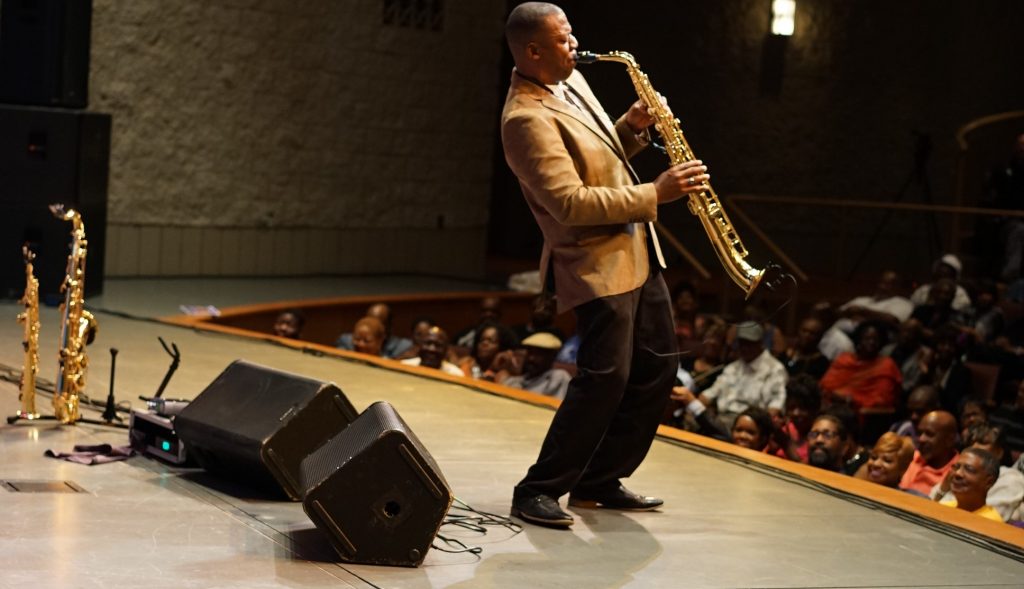 A dynamic evening of horns and the sounds of summer took place at the Holt HS – Margaret Livensparger Theater on the last Friday in July!

And let’s not leave out 496 West with a tight double sax and trumpet horn triad.

From the very first note of the night, 496 West charged the stage. Their keys, strings, drums, percussion and horns were on point. Vocals from Zakiya Williams, Michele Chapman and newcomer MiChaela Barker sweetened the flavor.

And then, the Al McKenzie Band took the stage with Kimmie Horne to show some love.

With a bit of Japanese, Kimmie skillfully mastered her contralto singing voice while following career advice that was given on how to approach songs “as if it were mine”.  She reminded the audience of the rich music history in incredible talents like Billie Holiday, Betty Carter and even hit the family tree with “Stormy Weather” –a song from her grand (great, great) aunt Lena Horne.

Beyond the crowd-pleasing notes, melodies and laughter, Cunningham’s return to the Lansing area from St. Louis was filled with high energy and emotion. The way that he releases the musical phrases allow the notes to almost explode.  Those who had never experienced a Tim Cunningham performance and those who returned for more another performance were given an opportunity feel the music. And applause erupted at Tim’s suggestion that “we ought to make this an annual event”.

As the evening came to a close one woman said she felt “all of the artists complimented the mood and delivered an “amazing, energetic and emotional performance to the point where several in the audience were in tears”.

“I’ve never seen a show like this”, said guest.

It was evident that the audience had a great time but when Cunningham was asked about the performance, he said, “One of my top 3 shows of all time. What an electric night! I will be talking about this show for the rest of my life”.

July 29th was certainly a great night of live music in the community!

Our Father’s Day Brunch is SOLD OUT! 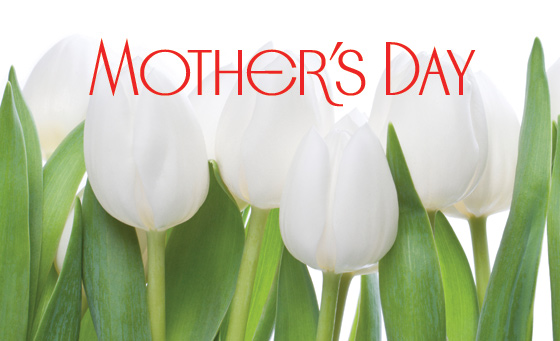 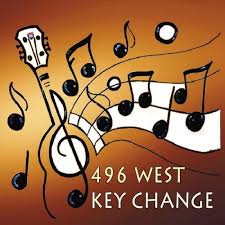