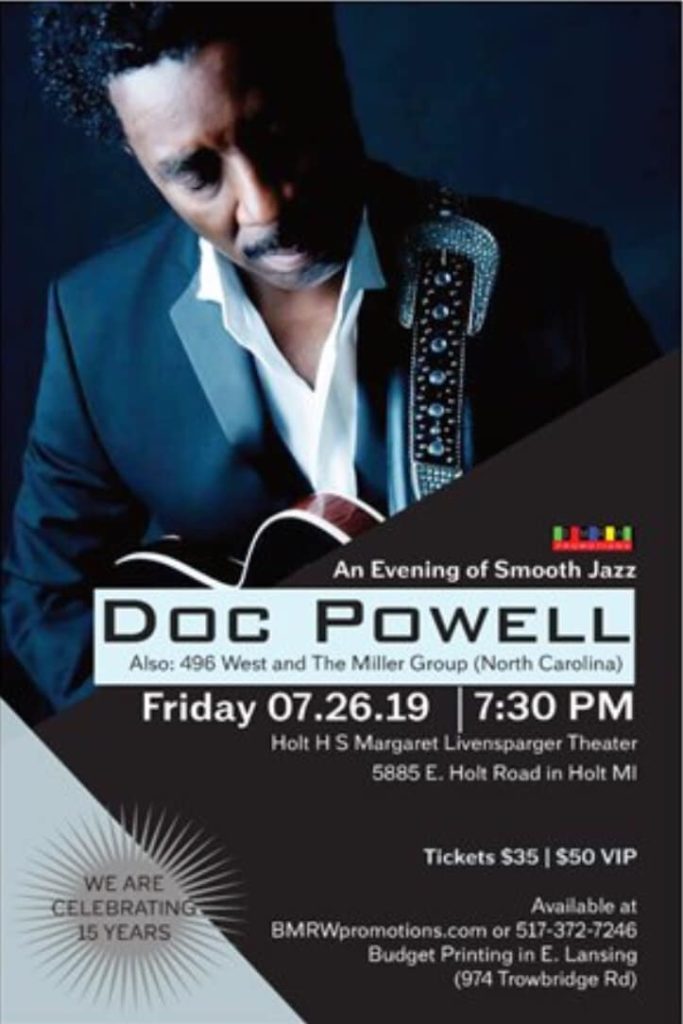 The lineup for the 15th annual music in the community event –An Evening of Smooth Jazz was announced on Friday.

Grammy nominated guitarist Doc Powell will make his debut performance in mid-Michigan, along with the return of The Miller Group (Deep Rooted) from North Carolina and Lansing favorites 496 West.

Since its beginning in 2005 the event has evolved in a significant way.  It has grown into an annual destination and a place where the audience and students can experience first-hand what it is like to participate in an event of this magnitude.

The first year we included 2 local bands and an emerging band called The Miller Group.  Years later, BMRW Promotions has managed to present world class artists as well as build partnerships in the community.  Some of the artists who have performed at AEOSJ have formed their own bands, released a cd project or volunteer to serve in other community arts events.   An Evening of Smooth Jazz is one of the longest-consecutive-running jazz events in the greater Lansing area. Initially started in East Lansing and then moved to Holt, the annual summer music event takes place on the last Friday in July.

For more information about An Evening of Smooth Jazz, visit our website at www.bmrwpromotions.com or call 517-372-7246.