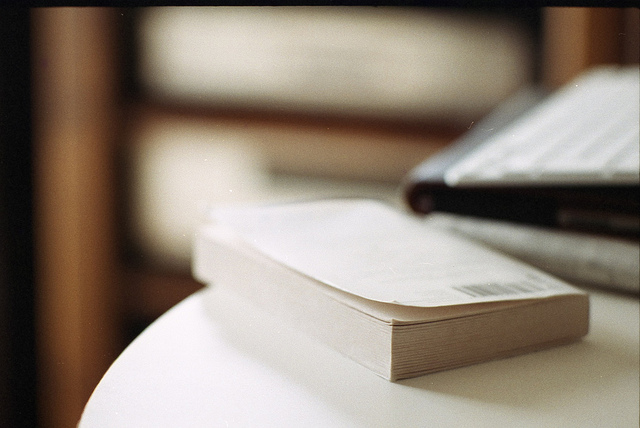 The current market share of Jazz in America is mere 3 percent. That includes all the great ones like John Coltrane and the terrible ones like Kenny G (OK, this is just my own opinion). There are many organizations and individuals like Wynton Marsalis who are tirelessly trying to revive the genre, but it does not seem to be working. Why is this? Is there some sort of bad chemistry between the American culture and Jazz? As ironic as it may be, I happen to believe so.One day, I was talking to my wife about the TV commercial for eBay where a chubby lady sings and dances to an appropriated version of “My Way” by Frank Sinatra. The lyrics were entirely re-written, and “my way” was transformed into “eBay”. I told her that they did a good job in adapting the original song. Then she said: “Ah, that’s why I like it so much!” She actually did not realize that it was adapted from Sinatra’s song.My wife and I have always known how differently we listen to music. I tend to entirely ignore lyrics, while she tends to entirely ignore music. We are the two opposite ends of the spectrum in this sense, and it appears that my wife’s side is more common. Many of my friends think that I have a peculiar, or plain bad, taste for music. Whenever I say I like this song or that song, they look at me like I am crazy. Then they go on to explain why it is bad, and I realize that they are referring to the lyrics, not to the music. I then pay attention to the lyrics for the first time, and realize that they are right. The opposite happens often too where many of my friends love a particular song, and I can’t understand what’s good about it until I pay attention to the lyrics.

The eBay example is an extreme case where my wife could not recognize the original once the lyrics were swapped. To her, if you change the lyrics, it is an entirely different song. It is the other way around for me; in most cases, I would not notice any change in the lyrics. The eBay song was an exception; I only noticed it because it is a famous song used for a TV commercial.

I believe my wife’s way of listening to music is typically American, and my way of listening to music, typically Japanese. If you don’t speak English, any songs written in English are instrumental music. Singers turn into just another musical instrument. These days, no matter where you live, you cannot get away from the dominance of the American music. This means that most non-English speakers grow up listening to a lot of instrumental music. In Japan, I would say, it constitutes about half of what people listen to. When they are listening to Madonna, Michael Jackson, or Britney Spears, they have very little understanding of what their songs are about. In this sense, their ears are trained to listen to and enjoy instrumental music, which explains why Jazz is still so popular in Japan.

To be able to enjoy instrumental music, you must be able to appreciate abstract art, and that requires a certain amount of effort. Just mindlessly drinking wine, for instance, would not make you a wine connoisseur. Mindlessly looking at colors (which we all do every day) would not make you a color expert either. Great art demands much more from the audience than the popular art does.

In this sense, the American ears are getting lazier and lazier. It wasn’t so long ago that most people knew how to play a musical instrument or two. Now the vast majority of Americans couldn’t tell the difference between a saxophone and a trumpet. Thanks partially to music videos, music is now a form of visual art. The American culture is so visually dominant that a piece of music without visuals cannot command full attention of the audience. For Americans, music is a background element, a mere side dish to be served with the main course. If they are forced to listen to a piece of instrumental music without any visuals, they don’t know what to do with their eyes, much like the way a nervous speaker standing in front of a large audience struggles to figure out what to do with his hands. Eventually something visual that has nothing to do with the music grabs their attention and the music is push to the background.

If you have written your own music, you have probably experienced this before: You play it for your friends to get their opinions. For about 10 seconds, everyone is silent. After 20 seconds, their eyes start to wander around. After 30 seconds, someone says something, which triggers everyone else to speak up. After 40 seconds, no one is actually listening to your music. I grew up sitting in front of the stereo with my father, closing our eyes, listening only to what came out of the speakers. This would go on for an hour or two as if we were watching a movie. It wasn’t just me; many of my friends did the same. Who does that anymore? In today’s living rooms, stereos are treated as accessories to television sets.

Visual dominancy isn’t the only problem. The bigger problem is the dominance of our thought. Most Americans do not know what to do with abstraction in general. To be able to fully appreciate abstraction, you must be able to turn off your thought, or at least be able to put your thought into the background. This is not as easy as it might seem. In modern art museums, most people’s minds are dominated by thoughts like: “Even I could do this.” Or, “Why is this in a museum?” Or, “This looks like my bed sheet.” Etc.. They are unable to let the abstraction affect their emotions directly; their experience must be filtered through interpretations. In a way, this is a defense mechanism. It is a way to deal with fears like, “If I admit that I don’t understand this, I’ll look unsophisticated.” This type of fear fills their minds with noise, and they become unable to see, hear, or taste.

This is why songs with lyrics in your own language and paintings with recognizable objects are easier for most people to appreciate. They give their minds something to do. It is like holding a pen in your hand when you are speaking in front of a large audience; you become less nervous because your hands have something to do.

Aesthetically, the paintings of Mark Rothko and those of Monet are quite similar, but the former is utterly unacceptable for many people even though they consider the latter to be a master. The difference is that in Monet’s paintings, you can still see things represented in them: rivers, trees, mountains, houses, and so forth. The audience interprets these objects, and projects their own beautiful memories onto the paintings, which makes the whole process much easier. In Mark Rothko’s paintings, there is nothing they can mentally grab on to. What you see is what you get; there is nothing to interpret. So, the audience is left without a pen to hold on to.

The same happens to instrumental music. If there are no lyrics, that is, if there is nothing for the minds to interpret, projecting of any emotional values becomes rather difficult. As soon as the lyrics speak of love, sex, racism, evil corporations, loneliness, cops, etc., all sorts of emotions swell up. Jazz to most people is like a color on a wall; unless you hung something on it, they don’t even notice it.

This rather unfortunate trend in the American culture seems to be irreversible. The popularity of Rap music seems to be a clear sign of this trend. I can appreciate Rap music for what it is, and I see nothing wrong with it, but it does not promote the full development of musical ears. If the song has any musical substance, it can be played on a piano alone (without a singer or any other instruments), and we would still enjoy it. The lack of musical substance becomes clearly visible if you would take many of today’s popular songs, and play them on a piano alone. Many of them would utilize hardly more than a few keys. Perhaps this trend would promote the appreciation of poetry, but it certainly would not promote the appreciation of music as an abstract form of art.

If we were to reverse this trend, we would need to make a conscious effort in promoting the abstract aspect of music. For instance, play more instrumental music in schools or teach how to play an instrument instead of how to sing. We could go as far as to teach kids in school instrumental music only, because their musical exposure outside of school would be dominated by non-instrumental music anyway. It would be a good way to balance things out.

This problem extends far beyond the American disinterest for Jazz; it is a problem for music in general. The dominance of words and visuals in the American culture has lead people to believe that listening to Rap or watching music videos is the full extent of what music has to offer. If this goes on, they’ll be missing a huge chunk of what life has to offer. 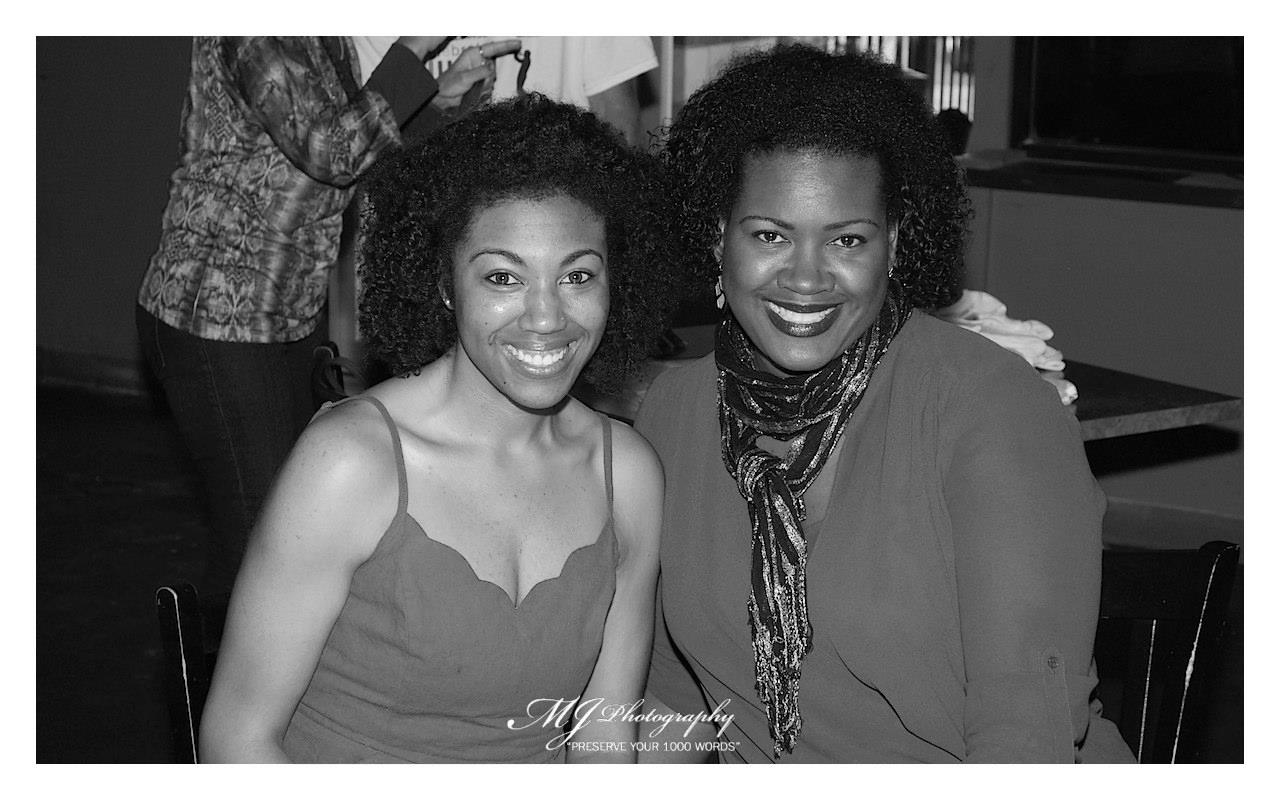 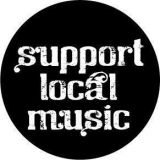